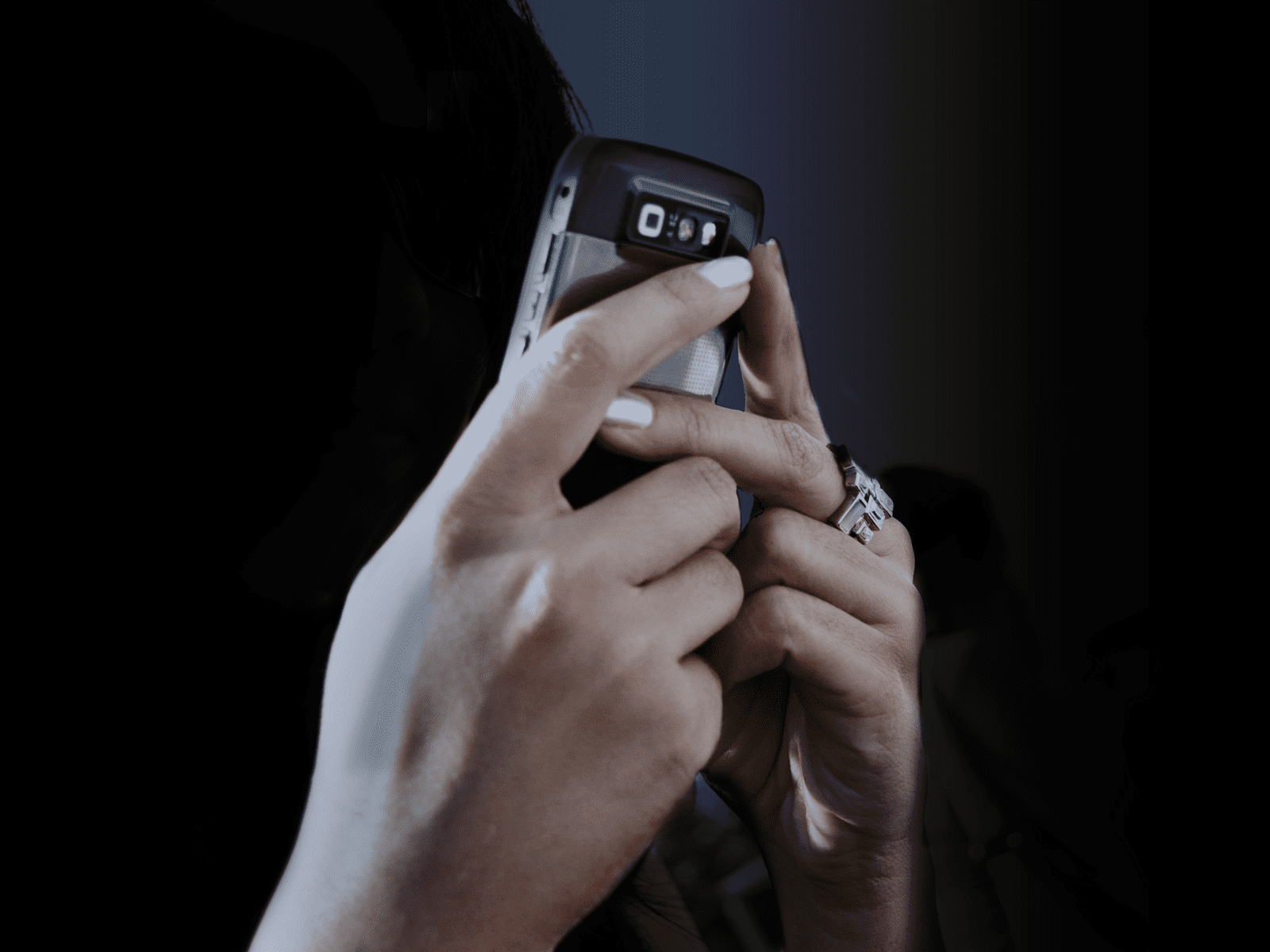 This is Death, Sex & Money.

...and need to talk about more.

Amanda: The first few texts that came to my husband’s phone were just kind of confusing. And then it became more insistent. “Where are you? Why are you not responding to me?”

This is Amanda... that’s not her real name. She first told us this in an email, that asked us to change all the names in this story to protect her family.

Amanda: I did a internet search for the number, realized I knew who it was, I wrote back and said, “This is Sam’s wife. He can’t respond to you now. He’s in the hospital. Please don’t text anymore.”

Anna Sale: And at what point was that in Sam’s coma, when you sent that text?

Amanda: He’d been in the hospital at that point for maybe three days.

I talked with Amanda where she works on the East Coast. She’s in her 40s now... she was 27 when she got married to her husband, who was several years older.

Amanda: He was the most interesting person that I had ever met and it was almost like he had tried to do - live his life a different way. And that was incredibly attractive for someone like me who grew up as part of a nuclear family with Sunday School and vacation to the shore and everything was very routine and I was just enchanted by that.

AS: How do you remember those early years of your marriage?

Amanda: A learning curve. Growing up. I think Sam had already done a lot of his growing up. And I had to catch up to him.

Three years into their marriage, Amanda and Sam became parents... without really deciding to do it. Amanda was on the pill when she got pregnant...

Amanda: Then about halfway into the pregnancy we found out it was two instead of one -

AS: Did it feel like you were a team when the two babies came along?

Amanda: No. Oh no. My husband was severely displaced by the arrival of two infants. And I remember at one point the children could not have been much more than a month old, they’re both screaming their heads off. And I am trying to nurse one and give the other a bottle and my husband was upset about something and I raised my voice in like the harshest tone I had ever used with him and said, “These are the children. They cannot take care of themselves. You are an adult. You’re gonna have to handle this yourself."

AS: You still get a kind of indignant look on your face when you think back to that moment.

Amanda: Not surprised. I was pretty indignant.

AS: Were you angry at him?

AS: So that’s quite a shift from how you saw him when you fell in love.

About two years after the twins were born, Sam found a lump in his groin. That’s when he was diagnosed with non-Hodgkin's lymphoma.

AS: Did you think it was serious?

Amanda: No. No. We had no reason to think it was serious. This was, um, referred to as a nuisance cancer that very commonly develops in elderly people who have lots of other conditions that are much more serious than the type of cancer that he had.

AS: Did it change your marriage at all to have him diagnosed with cancer?

Amanda: No. It did not change. It certainly didn’t change the things it should’ve changed. There were so many things that we should have done and we did none of them.

Amanda: Starting with a will would have been nice.

Sam didn’t have any symptoms after his diagnosis. And his doctors said they'd rather keep monitoring him than do any immediate treatment. But they did tell him his cancer was not going to go away.

Amanda: That was a big deal. When he finally absorbed the word ‘incurable.’

AS: In retrospect, do you think he changed any of the ways that he lived?

Amanda: I believe that was the tipping point. When he heard that this is incurable and it is going to shorten your life expectancy, he went to this place of living his life in secret. And not sharing anything about how it was feeling or what he was doing with me. And I was none the wiser.

A year and a half went by. The twins were just about to start preschool. Sam continued to seem healthy. So neither he nor Amanda thought much of it when he came down with what he thought was the flu. Then Sam got worse, quickly.

Amanda: The cancer had spread. It had entered his spinal column and moved up into his brain.

Amanda took him to the hospital... where Sam eventually lost consciousness. She spent most of her time by his bedside, pitching in to help the doctors and nurses whenever she could.

Amanda: Somewhere in my brain, I put together this - if I understand everything that’s happening to him, then I’ll be able to fix this. So I was very hands-on in the hospital room caring for him. I didn’t stand on the sideline in any way.

AS: And you had his phone with you?

Amanda: I did. I had his mobile phone because mine was intermittently working and, boy, there were a lot of calls coming and going those first few days. So that’s why I had his cell phone rather than using mine.

AS: And you said he had secrets?

Amanda: There are a lot of secrets. The primary one that I discovered when I had his mobile phone is that he was having an affair.

AS: Do you think your focus on being so involved in his care was related to that idea that you could show him... that there was sort of a martyr thing happening?

Amanda: I wouldn’t have said martyr. I have no desire to be a martyr. I so desperately wanted to be acknowledged for what I was doing, for what I’d given up.

AS: Did you tell anyone about the affair?

Amanda: I told my mother. And she told my father.

AS: When did you tell your mother?

Amanda: When I started getting the texts. She knew while Sam was in the hospital what he had done.

AS: Your husband was in a coma - but did you say anything to him?

Amanda: About that? No. We’ll talk about that when you wake up. The only thing that I did in that time that I wish I had not done was with whatever lousy camera was on that early flip phone, I took a picture of him in his hospital bed. Y’know, tubes coming out everywhere. Utterly dependent state. And I planned to show it to him after he was out of the hospital. And say, “Do you see this? This is how sick you were. And I was there. I took care of you. But this is where you were."

But Amanda never got to show Sam that picture. He died less than two weeks later. Coming up, how Amanda mourned her husband...while confronting the fallout from his secrets.

Amanda: Two or three weeks after he died, I was taking a shower fairly late at night. And I just started wailing, in a way I hadn’t at the hospital or at any of the services. Just the enormity of what had happened finally settled in.

Last week on the show, we shared your stories about infertility. And we asked you to send in your suggestions for things that have helped you, if you’ve gone through infertility in the past, or are dealing with it now.

Here are just a few tips that have come in so far. This one is from Rachel, who’s starting IVF in November.

RACHEL: One thing that has really helped me through this process is a Subreddit called Trolling for a Baby. People post funny gifs that tend to be on the darker, more crass side. But they perfectly highlight some of the darker, more bitter thoughts you have going through this.

Another listener, Meaghan, already gave birth to one child, but she's struggling to get pregnant again.