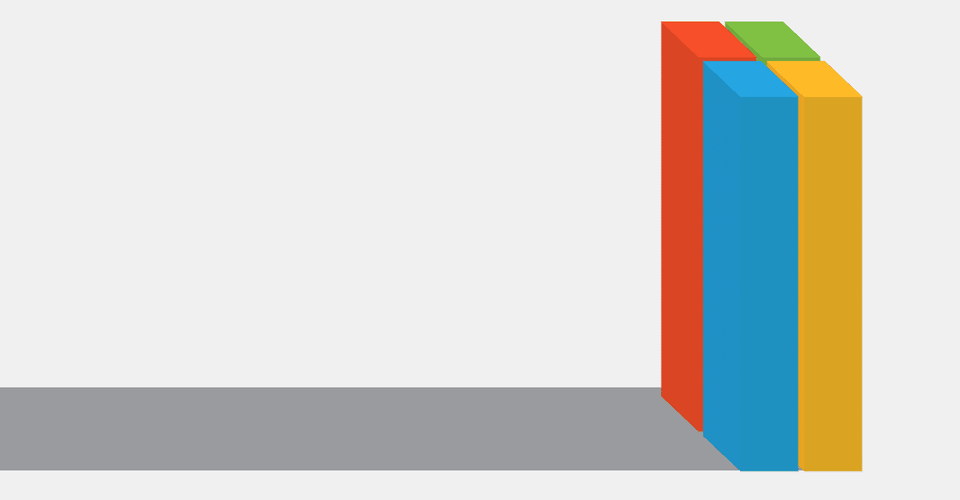 The problem, as the Biden administration tech-policy adviser Tim Wu might say, is the bigness.

This month, President Joe Biden signed an executive order to attempt to undo some 40 years of growth-at-all-costs economic policy, targeting various kinds of monopolies, including airlines, meatpackers, hearing-aid manufacturers, and, of course, technology firms. “Capitalism without competition,” he declared, is “exploitation.” The executive order comes as lawmakers and policy makers are proposing big changes to antitrust law and the enforcement of existing competition rules. Taken in sum, the myriad efforts under way in Washington, D.C., raise the specter that companies may soon have to answer for their sheer size, rather than what they do with it.

Few industries are more at risk from this regulatory fervor than Big Tech (the problem is right there in the moniker, after all). Facebook, Alphabet (the parent company of Google), Amazon, and Apple are in different stages of public villainy. However, like technology itself, antitrust scrutiny isn’t yet evenly distributed. One behemoth is still swimming around relatively invisibly: Microsoft.

Microsoft is the company that could truly test the Biden-era commitment to anti-bigness, and, as a lawyer friend of mine put it, define the limiting principle of new Federal Trade Commission Chair Lina Khan’s antitrust theory. Since its own brush with antitrust regulation decades ago, Microsoft has slipped past significant scrutiny. The company is reluctantly guilty of the sin of bigness, yes, but it is benevolent, don’t you see? Reformed, even! No need to cast your pen over here!

Read: How to fight Amazon (before you turn 29)

Right now, it’s not illegal to be big. It’s not illegal to be really big. In fact, it’s not even illegal to be a monopoly. Current antitrust law allows for the possibility that you might be the sole player in your industry because you’re just that well managed and your product is just that good, or it’s just cost-prohibitive for any other company to compete with you. Think power utilities, such as Duke Energy, or the TV and internet giant Comcast. Antitrust law comes into play only if you use your monopoly to suppress competition or to charge unfairly high prices. (If this feels like a legal tautology, it sort of is: Who’s to know what’s a fair price if there isn’t any competition? Nevertheless, here we are.)

Microsoft, as many people have forgotten, actually did get prosecuted for antitrust violations in the late 1990s, in a case that stretched into the mid-2000s. In fact, in 2000, a federal judge ordered the company to be split up, cleaving Microsoft’s Windows operating-system business from its web-browser business to stop the company from illegally bundling Internet Explorer with Windows, thereby hobbling competition from rival browsers. It was a staggering day.

The ruling was later overturned—perhaps a sign of broader institutional reluctance to disrupt big companies, which Biden now hopes to reverse. Microsoft has since remade itself, and is now one of the most valuable companies on Earth. Among tech firms, only Apple is bigger by valuation. Along the way, Microsoft has engaged in a whole lot of the practices we say we don’t like in Big Tech, and yet few seem all that concerned.

Why not? First, there’s a sense that Microsoft already paid its dues. The company has successfully played up the fact that it lost a decade of mobile development because it was so distracted by its lawsuit. (That it’s now worth more than Amazon, Facebook, and Alphabet—each of which is facing its own form of regulatory scrutiny—might suggest, however, that the long arm of antitrust law didn’t do much lasting damage.)

Microsoft, under chief executive Satya Nadella, has also successfully rebranded itself as nice, and a little boring. That’s working, especially compared with its higher-profile competitors. The fact that Microsoft hasn’t built cultlike devotion through obsessive product design and meticulous marketing the way Apple has can actually be a benefit when everyone starts looking for a villain. The president of the United States isn’t out saying that Microsoft is “killing people,” as he recently did of Facebook (before an inevitable walk-back). Nadella doesn’t own a major American newspaper, as Amazon founder Jeff Bezos does with The Washington Post. Microsoft isn’t dismantling its AI-ethics department in a messy, public way, as Google did earlier this year.

Microsoft has also failed at most of its sexy consumer products (Xbox notwithstanding): smartphones, wearables and smartwatches, digital assistants, virtual reality. That probably gives the impression that the company is hapless, at least from the perspective of people who are wondering whether their phone or smart speaker is listening to them all the time.

Yet if bigness alone is enough to draw scrutiny, Microsoft must draw it. Courts have disagreed on what size market share a product or company must own to be considered a monopoly, but the historical benchmark is about 75 percent. Estimates vary as to what percentage of computers run Microsoft’s Windows operating system, but Gartner research puts it as high as 83 percent.

Current antitrust law would mostly focus on a relatively narrow question: whether that dominance gives Microsoft an unfair pricing advantage, or whether the company uses its market power to illegally drive out competitors (such as Google’s Chrome OS, for example), perhaps by promising kickbacks or incentives to manufacturers to run Windows instead.

John Newman: The U.S. forgot what antitrust is

The questions these days are more subtle than Gilded Age standards of pricing or payoffs. Biden, Khan, Senator Amy Klobuchar, and others are asking whether consumers suffer any nonfinancial harm from this lack of competition. Is switching from Windows to Apple’s Mac OS unnecessarily hard? Is Windows as good a product as it would be if it faced more robust competition? When Windows has major security flaws, for example, billions of customers and companies are impacted, because of its market share. If we’re wondering whether crappy airline experiences are a competition problem, should the same question apply to crappy computer security?

In fact, in areas where Microsoft faces strong competition, it’s reverting to some of the behaviors that got it sued in the ’90s—namely, bundling. Microsoft and Amazon are essentially a duopoly when it comes to cloud services, the highly lucrative business in which companies rent space on gigantic networks of physical computers and internet services rather than build their own. (In many cases, the companies paying Amazon and Microsoft for these cloud services are actually their competitors.)

Microsoft offers its big business customers an “integrated ecosystem” of Windows, Office, and its back-end cloud services; some analysts even point to this as a reason to keep buying Microsoft stock. That’s just smart business, right? Yes, unless you’re at a disadvantage by not taking the bundle. Some customers have complained that Microsoft charges extra for some Windows licenses if you’re not using its cloud-computing business, Azure.

In 2019, the FTC started looking into problematic business practices at Amazon Web Services, Azure’s chief competitor, but there’s nary a peep in the direction of Microsoft thus far.

How about that biggest of Big Tech complaints, acquisitions? Facebook has been criticized for its purchases of Instagram and WhatsApp, and even been threatened with being forced to sell some of its properties. Microsoft had to fight off complaints that its $26.2 billion acquisition of LinkedIn in 2016 was anticompetitive, because it let Microsoft suck up