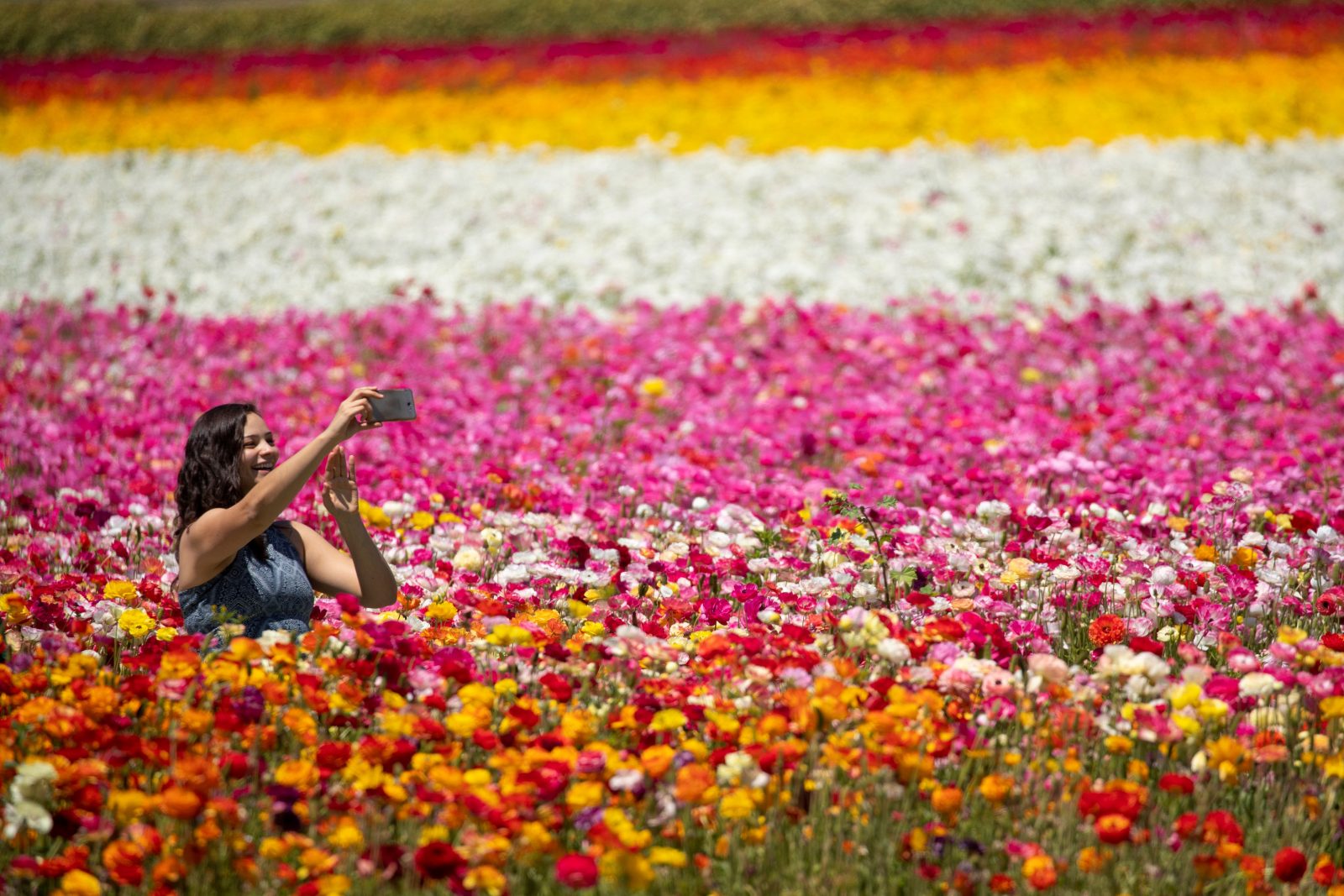 Last July, I was in the thick of it. Near-weekly anxiety attacks combined with a bout of impending mononucleosis, which drained all my energy by 10 am. Working three jobs to pay my bills.

The wave of stress and anxiety was mounting when my birthday rolled around on July 28. But of course, I showed up at work. Much to my surprise, my mom sent a massive herd of birthday balloons to the Quartz office. It was cute. I looked cute, because it was my birthday. So I asked my editor to take a photo of me, then posted it on Instagram.

These days, things are much better. Therapy and medication work, and we should talk about that more openly. But if you scrolled through my social media feeds—Instagram, Facebook, Twitter—you would never be able to discern my periods of intense anxiety and depression from the times when I was feeling pretty good.

Instead, you’ll find posts that suggest I’m in an apparently constant state of joy and accomplishment: Photos of fall foliage runs, beach-side bachelorette parties, launching new projects, and making pasta with my mom. Much of this happiness was real. And much of it was totally manufactured. The truth is that what people post on social media often has very little to do with their inner state of mind.

This reality was crystallized by a Twitter thread this week started by Tracy Clayton, host of the BuzzFeed podcast “Another Round.” Clayton asked her followers if they would be comfortable sharing a photo they had posted on social media during a time of personal strife:

Within minutes, the tweet blew up. As of this writing, it has nearly 600 retweets, and over 2,500 likes, with people sharing photos of themselves posing happily and confidently for the camera—with added captions explaining that the shot had been taken shortly after they’d experienced anxiety attacks, while they were worrying over a family member’s health, or just moments after crying in their therapists’ offices.

Clayton says the inspiration for the thread came from an unlikely source: insurance companies.

“I’ve been thinking a lot lately about how insurance companies will sometimes use your social media feeds in their evaluation of your claims,” Clayton told Quartz via email. “That led me to thinking about what a potentially irresponsible and risky thing that is, particularly pertaining to mental illness for several reasons: for one, people rarely post pictures of themselves in the throes of panic and anxiety attacks or grieving at funerals; for two, curating the perfect picture of yourself on social media is kind of the purpose of social media.”

Clayton says she scrolled through her Instagram feed “and counted the pictures where I look happy and well-adjusted but was really struggling. I asked Twitter if they had similar pictures both because I’m nosey and to feel less alone, I guess.”

“People rarely post pictures of themselves in the throes of panic and anxiety attacks or grieving at funerals.”

The resulting collection of photos offers a few important reminders. First, far too often, we see other people shining on social media, and we assume that they, and everyone for that matter, are far happier than we are. They have more friends and better relationships. They’re more fulfilled by their jobs and definitely more successful. Their kids never act like insatiable devils, and they actually love their in-laws.

This cycle is exhausting. It’s why studies continuously prove the damaging effects of social media on mental health, especially among young people. This influence is only amplified by the fact that it’s easy (and expected) to post fun, light experiences, but feels overbearing to share your experiences with the darker sides of life. Posting about depression, addiction, or eating disorders in an intellectual, abstract way looks woke. But discussing your personal darkness? Reel it in, girl.

The solution, however, isn’t necessarily to cut back on all those smiling photos.  The dissonance between the way we feel and the way we present ourselves to the outside world can be confusing, but we’re not liars, nor do we deserve to be shamed. As Harvard graduate student Holly Ellmore explains in Quartz, faking happiness on social media, while often detrimental, can also be an effective means of fighting mental illness.

“Depression devastates your self-esteem. I often stayed in my apartment for days at a time because I was afraid that people outside would see that I had been crying and judge me,” writes Ellmore. “But Facebook offered me a platform on which I could ensure an acceptable appearance. If I hadn’t had it, I think I would have withdrawn socially even more than I did, which in turn would have made my depression even worse.” I experienced the same effect. Wretched as I felt inside, receiving “likes” and positive comments, trite as they may seem, reminded me that I was seen, and mattered.

What’s more, Ellmore says that her Facebook feed was actually a more accurate record of her life than her depression-tinged perception.

“Depression negatively affects your memory in a number of ways, including making it difficult to recall happy memories in general and especially positive memories about yourself,” she writes. So even if you’re in the midst of a painful period in life, there’s nothing wrong with taking a photo of yourself at dinner with friends or having fun on your honeymoon. You can be unhappy and a little bit happy, too.

When we’re at a personal low, there’s nothing more important than mustering up the will to see ourselves in a kinder light.

The striking thing about the posts sparked by Clayton’s Twitter question is that they reveal not only the universality of pain, but also the overwhelming fear that we have of being seen at our worst. Even more profoundly, they reveal the beauty of a person who is unwell, but wants to be able to imagine themselves as better. One who is trying, in their way, to heal. When we’re at a personal low, there’s nothing more important than mustering up the will to see ourselves in a kinder light—even if that comes in the form of a Snapchat filter.

While I encourage you to sit down with Clayton’s thread yourself, here are some of the posts that spoke to me, across a range of personal difficulties. I know I’ll return to this thread when new challenges arise, and I hope you bookmark it too.